Based on the insurance policy, the general terms, the special clauses enclosed to the policy and in exchange for the collected insurance premium, the Insurers insure the vehicles licensed/registered in Romania, owned /used by people having their domicile / residence/ registered office in Romania, against the damages occurred following the occurrence of the risks mentioned below. The capacity of owner or used should result from the vehicle registration document, respectively from a contractual legal relation (lease, leasing, bailment etc.) concluded with the rightful owners.

HOW TO CLOSE A COMPREHENSIVE CAR INSURANCE (CASCO)

calculation of the available budget;

assessment of the risks;

documents of the leasing company;

2. What you should be attentive to when taking out fully comprehensive car (CASCO) insurance:

The declaration of items or facts that are not truthful shall result in the annulment of the policy in case you have damage;

Verify the offers of several insurance companies before choosing (there is the possibility to find a better offer with the same coverage);

Make sure that, when you present your car for the risk inspection, it is clean, so that it does not cover potential damages;

The risk inspection is mandatory in order to be able to validate your policy;

The information sent to the inspector for the risk inspection should be as detailed /as full as possible, in order to avoid an eventual can cancelation of the policy in case of damage.

According to the applicable tax legislation, the insurance premiums are not VAT bearing.

Any insurance indemnity afferent to the insurance contract and the additional clauses is not subject to the income tax. These tax specifications are valid subject to the amendment of the tax legislation (the Tax Code and any legislative act adopted for the enforcement thereof).

a. Fire/ Thunder/ Explosion/ Crash if aircrafts onto the insured vehicle, of parts thereof or of the transported objects or the impact therewith, except for explosive devices;

2. Sonic BOOM – direct action of the pressure generated by the break of the sonic wall by an aircraft;

3. ACTS OF GOD – events caused by the following natural catastrophes:

c. flood due to natural causes

5. WEIGHT of the snow, ice LAYER or avalanche;

The following can be added in addition to these risks:

6. Crashes, hits or collisions with other vehicles, animals or any movable ore immovable items situated outside or inside the insured vehicle, scratches, crashes the vehicle (fall in the precipice, fall into the water upon transshipment, fall due to the break of the bridge), crashes of items from the vehicle, skids or overturns, except for the damages produced exclusively to the glazed surfaces. For the insurance of the fracture, crack, chipping and/or scratch of the glazed surfaces, even if the insured risks did not occur, there can be a clause;

7. Damages produced by the action of animals (e.g. action of rodents, etc.);

11. As a rule, events produced in road sections or areas forbidden to public circulation, including on an agricultural field, are covered only for the especially designed vehicles, intended for circulation on such roads;

12. Additional expenses – within the limit of a percentage of the insured amount of the vehicle and the types of coverage held by the Insured, the Insurer can also compensate the additional Expenses, proved with documents, incurred as a consequence of the occurrence of an insured event, related to:

- the transportation of the damaged vehicle, on the Romanian territory, or the purpose of rescue or repair thereof, if the vehicle cannot be moved by its own force, up to the repair workshop nearest to the location of the occurrence of the insured event, which can make the repair work or up to the regular parking location, at the level of the transportation expenses charged by the specialized companies;

- the replacement of the entire locking set, keys – deadbolt lock and, as applicable, depending on the construction model, cap of the fuel tank and/or the ignition, in case of theft/loss of the keys thereof;

- the damages produced to the insured vehicle /additional equipment, incurred by the measures taken during or immediately after the occurrence of the insured event, for the rescue of the vehicle or the construction it is in or the people trapped into the vehicle;

- the preservation and limitation of the damages, resulted from the occurrence of risks comprised in the insurance, if they are necessary and useful.

Damages produced to the vehicle by:

- confiscation, expropriation, nationalization, requisition, seizure, destruction or damaging by the order of any de jure or de facto government or any public authority;

- atomic explosion, radiations or radioactive infestation, following the use of the atomic power or fissionable materials;

- pollution or contamination of any nature and due to any cause.

- the accident was purposefully produced by the Insured or the agents thereof;

- the claim for damages is fraudulent or based on false statements;

- the vehicle did not have a valid registration certificate or, only in the case of the vehicles directly purchased from the manufacturers or dealers in Romania, with valid circulation permit;

- a criminal investigation was initiated related to the accident, until the completion thereof;

- upon the accident, the vehicle was driven or operated by a person without a valid driving license for the respective category of vehicles, or after the driving license thereof was withdrawn, cancelled or retained for cancelled, or as a consequence of the suspension of the right to drive; in the case of the cars and/or equipment with special destinations, no indemnification is granted if they were driven or operated by a person who did not have the training, certification and was not entitled to drive such cars and/or machinery;

- the cases in which the person comprised in the insurance favoured the occurrence of the insured risks or diminished the possibility of mitigation of the consequences thereof.

The Insurer is exonerated from the payment of the indemnification in the event the damage is a consequence of:

a) a breakdown, the periodical technical inspection (ITP) of the vehicle was expired on the date of occurrence of the insured event and the event occurred while the vehicle was in motion;

b) the transformations, improvisations, adjustments unauthorized by the manufacturer, the repair work and/or interventions performed by unauthorized people.

1. Immediately after the accident occurrence, you are bound to comply with the following:

- if the accident resulted in casualties or bodily injuries, you should announce the accident at 112 and not move the motor vehicle;

- in the event only you or more than two motor vehicles are involved in the accident, you are bound to get to a police station as soon as possible, in order to declare the accident and be presented with the documents necessary for the validation of the repair of the motor vehicle

- if the accident occurred between two motor vehicles, it is sufficient to full in the amicable settlement form

- if there were witnesses at the location of the accident, you’d better try to obtain the names or contact data thereof for the eventual statements, if applicable

2. In order to be able to initiate and complete the repair of your car, you should take the following steps:

- after the repair, inform the insurance company, in order to pay for the damage file 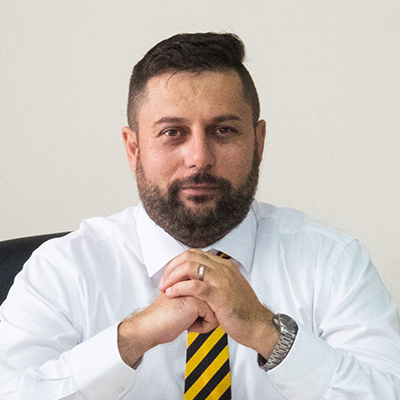 I want to be contacted by a representative